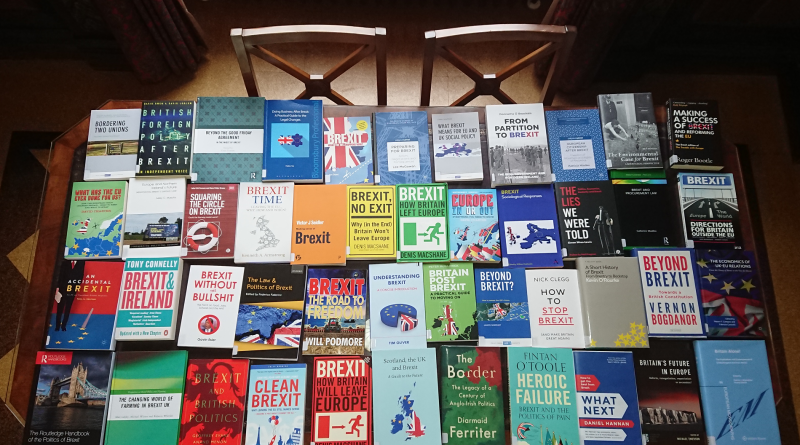 The Assembly’s Research and Information Service (RaISe) has just published the 27th edition of Brexit and Northern Ireland: A Reading List. This particular version has been timed to include reactions to, and analyses of, the UK Government’s recent proposals for a New Protocol on Ireland/Northern Ireland.

We have produced these reading lists for over two years now and they are a central component of our Brexit and Northern Ireland hub, which aims to provide a range of relevant information to inform scrutiny of the United Kingdom’s departure from the European Union.

The purpose of this publication is to provide a ‘one-stop-shop’ of material published following the referendum – a consolidated collection of useful information from governments and legislatures, along with commentary, analysis and media coverage.

As such, it complements the Assembly’s monthly Brexit Brief newsletter which offers selections of the most up-to-date material only.

Recently there has been the usual steady flow of statements, news releases, blog articles and media coverage, but less in the way of formal papers or discussion documents. Notable exceptions to this trend include:

Also included is the new report from the Institute for Government: Governing without ministers: Northern Ireland since the fall of the power-sharing executive. Although Brexit is not explicitly mentioned in the title, the entire document is shot through with references to the issue.

In addition to this Reading List, our own Brexit hub also provides access to the research papers which RaISe has produced thus far on the subject, a selection of articles from our Research Matters blog, and relevant briefings and presentations from our Knowledge Exchange Seminar Series. The Brexit hub also draws together useful resources produced by others, including the hubs and blogs of other organisations, and details of forthcoming events on Brexit and Northern Ireland.